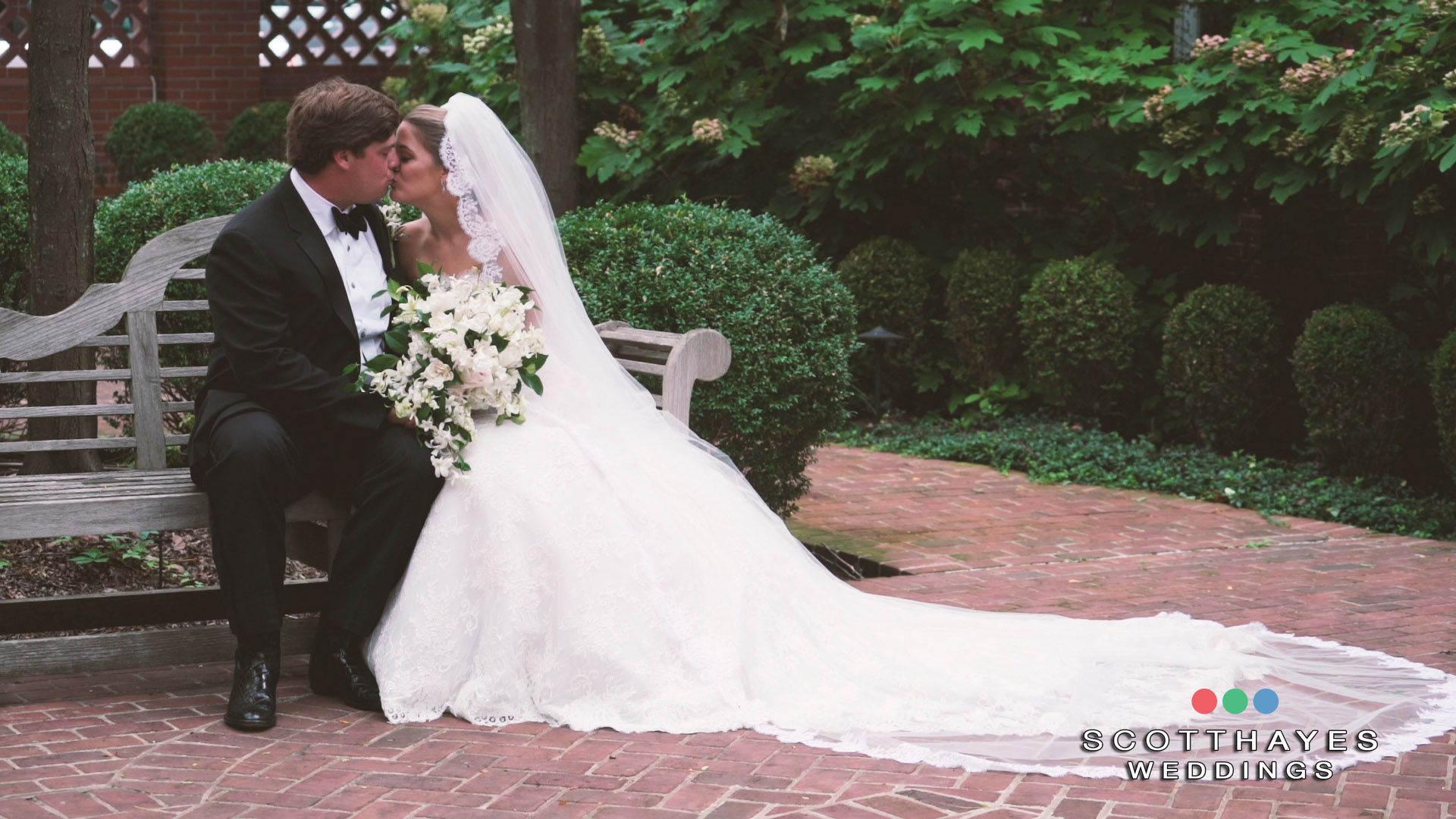 On Friday, May 30th, 2014, a Texan’s planned trip and a Kentuckian’s unexpected trip would change the course of two lives. Living in Atlanta at the time, Kentuckian, Katie Arnold, had hopped in her car for a spontaneous trip to Birmingham to visit her twin sister. At that same time, Texan, Chris Crowley, was boarding a flight for the same southern town.
Already en route, Katie contacted her sister to let her know that she was on her way—to her disappointment, her sister informed her she had been invited to an engagement party for a college roommate.
Not normally one to invite herself, Katie did just that and attended the engagement party. Chris was on his way to that exact engagement party to support his best friend. Here begins their story.
To say it was love at first sight would be incorrect. It took some time for Katie to look past his cowboy boots that first night. Luckily for the both of them, Chris was in town for two nights. Despite Chris’ attempt to communicate the following day, Katie wasn’t interested—at least not yet. After some pizza and a couple of martinis, sparks began to fly.
Over the next year, FaceTime and flights consumed both Katie and Chris’s daily lives. After a quick move back to Kentucky, Katie had finally moved to Austin, Texas.
In October of 2015, Chris’s family made plans to visit Kentucky to meet Katie’s family and attended the horse races at Keeneland. After the races, both families went back to Katie’s family’s horse farm for drinks before dinner.
A nervous Chris walked Katie out to her families front porch, looking out on to the historic landscape filled with horses and changing leaves, and dropped to one knee. Surrounded by both their families, Katie and Chris solidified their admiration for one another and began planning their July 2016 nuptials.
Katie told me this whole story when she called to ask about her wedding film. I was very excited to hear the details she had planned, it was basically a weekend of parties with a wedding ceremony, lol!
Amazing venues, The Apiary, the family farm and Idle Hour Country Club. The team of vendors was phenomenal to work with over the course of the entire weekend. It was truly a pleasure to interact with such a diverse and fun loving bunch of people from both Texas and Kentucky. Please click HD to watch in high definition.
Vendor Team:
Cinema: Scott Hayes Productions
Photography: Jonathan Adams
Dress: Ines D Santos
Hair and Makeup: Christopher Johns
Veil: Coutures By Laura
Venue: Apiary Fine Catering and Events
Flowers: Stems LLC
Furniture: Canvas Event Furniture
Band: Hog Operation
Farm Band: Juggernaut Jug Band
Church: Christ Church Cathedral
Band: Jimmy Church
Cake: Tinker’s Cake Shop
Reception: Idle Hour Country Club
Ice Sculpture: Lexington Ice Sculptures
Tuxes: Men’s Wearhouse
Bridesmaids dresses: Amsale