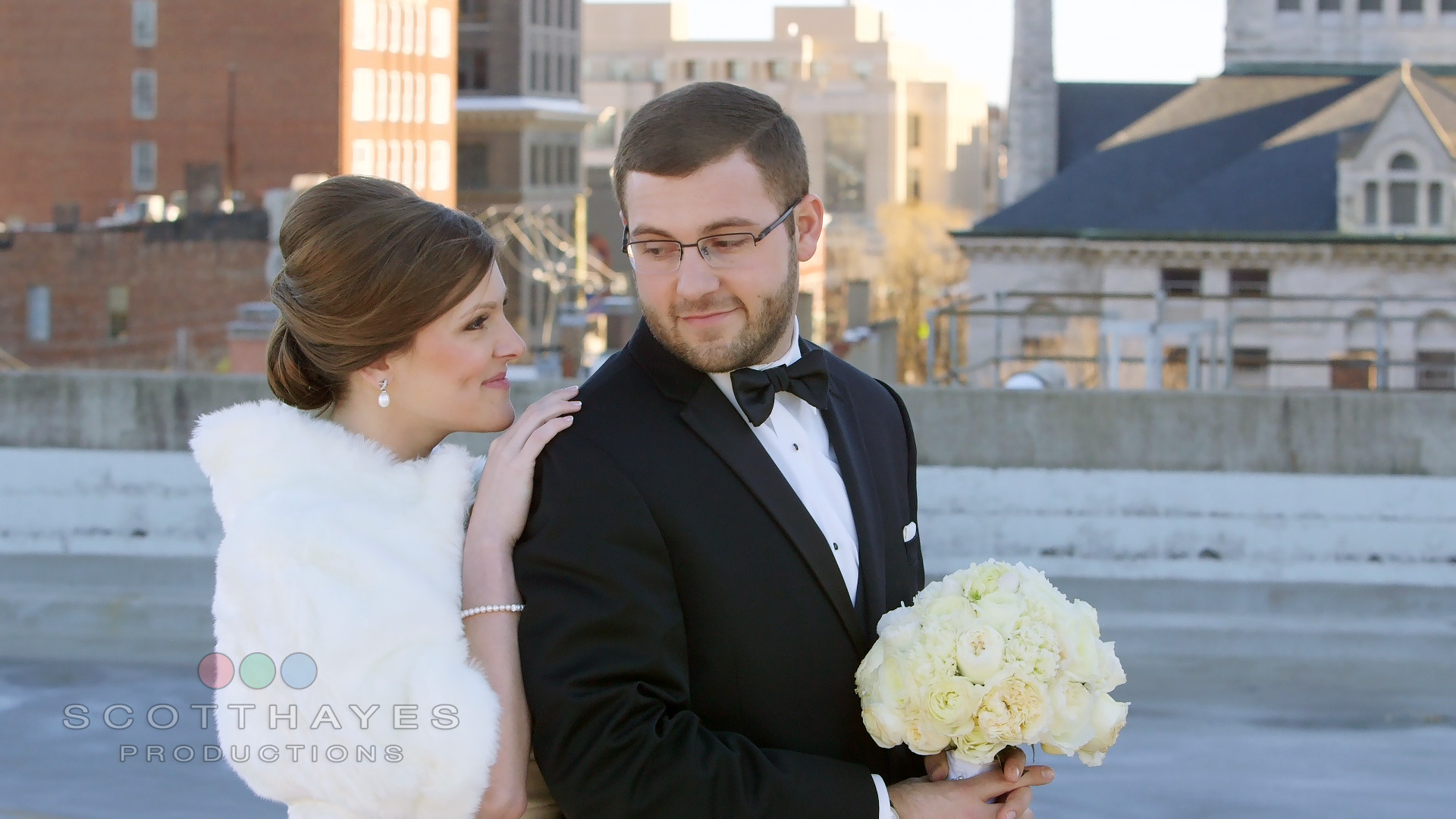 Lindsey and McKenzie always had a “thing” for each other, but they were never able to explore their true feelings for each other until their paths crossed again later in life.  After reconnecting, they became inseparable which leads us to their love story. Lyndsey admits she used to go with McKenzie to high school football games and play dumb, just so they could spend time together, all the while knowing about football. McKenzie said his “parents were thrilled it was Lindsey he ended up with, they have always loved her and she is like a daughter to them.” Lindsey enlisted the services of Doug Smith designs to do all the planning and floral work for her wedding, which was held at the Hilton Lexington Downtown. Part of the ballroom was turned into a beautiful ceremony site, while the amazing Hilton staff turned the room in under an hour to transform it into a beautiful reception area. McKenzie’s longtime friend Cathy Satre joined us from Indianapolis, IN to photograph the event. We all had an amazing day together!

Scott Hayes, Lexington Wedding Videographer,  is an award-winning editor, and cinematographer based out of Lexington, Kentucky producing both local and destination weddings films.   Scott has a degree in photojournalism, and 20 years of experience  in the wedding industry, and can produce beautiful, creative, cinematic wedding films.  Scott is also an experienced photographer, and has worked for the Associated Press, the Miami Herald, and the Ashland Daily Independent.   Scott has produced wedding films in Kentucky, Ohio, Tennessee, Illinois, Indiana, North Carolina, South Carolina, Georgia, Florida, Texas and Washington, D.C. . Traveling is his passion, and Scott will happily document your love story anywhere in the world!