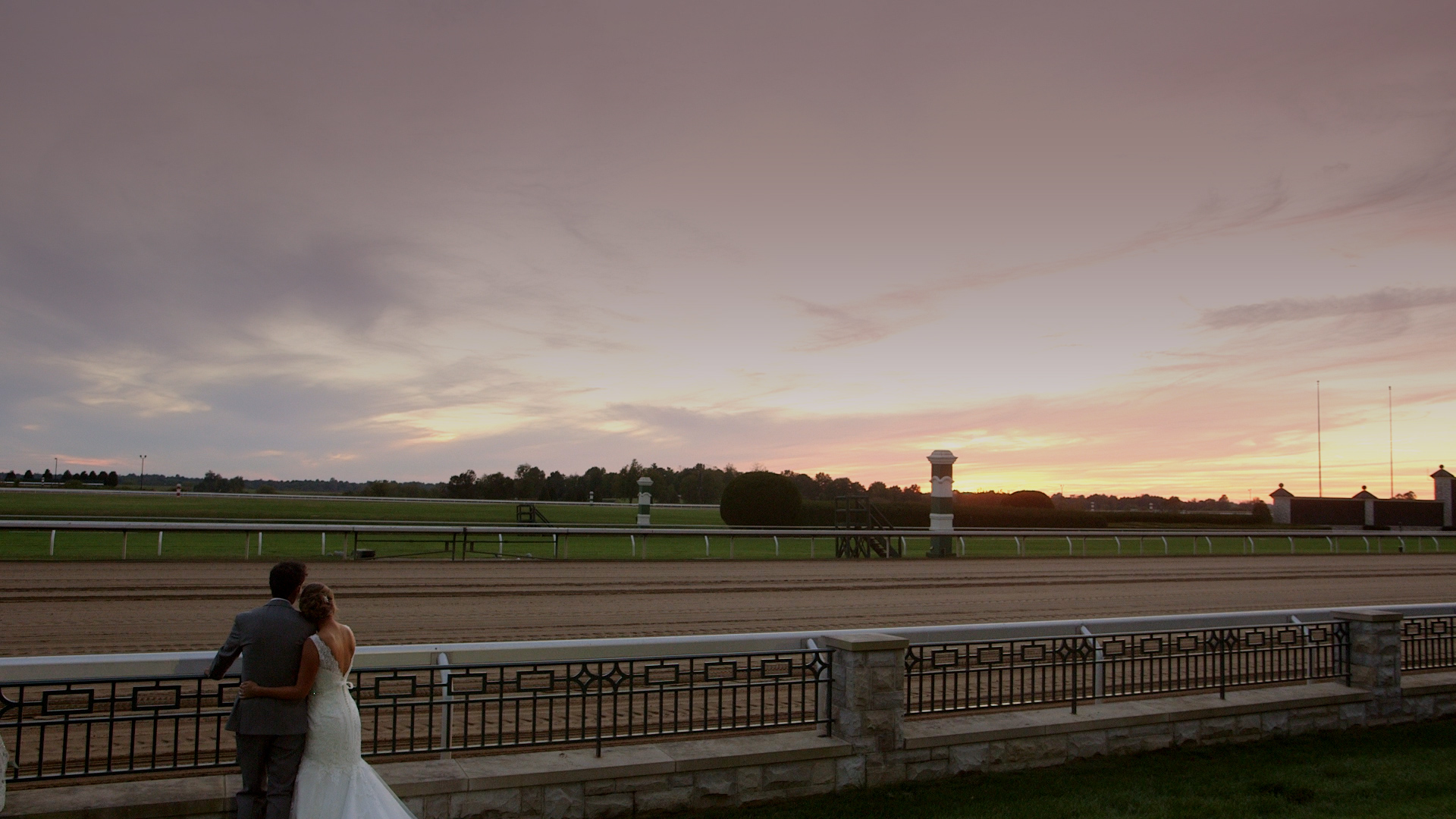 I can usually remember all of my clients.  So, when I first met Mallory, she was on a site visit for another venue while I was preparing to shoot another event.   Not too long after that, i had returned home from shooting a wedding and got a text from Mallory at midnight hiring me.  She and Julien were attending a wedding and realized how important it was to have a wedding film.  Little did I know how much camera experience  these two wonderful people actually had.  They were no strangers to being on TV.  They both participated in The Golf Channel’s reality show, The Big Break, Ireland.  Shortly after the show wrapped, Julien went to caddy for Mallory at a tournament in Ohio, and as she stated, “We have pretty much been together ever since.”

We actually began production on this wedding the Friday prior to get some shots of Julien and the groomsmen playing a round of golf at the University Club golf course.  It was a beautiful day!  Later that night, both families attended the rehearsal dinner at The Woodford Inn, a quaint restaurant in Mallory’s hometown, Versailles, KY.  The food and the mood were delightful, with heartfelt toasts exchanged on the couple’s behalf.

The wedding day took place at Keeneland racetrack.  Coordinator Brandan Gravitt did an exemplary job of providing all the details and decorating the ceremony and reception site.  Weather was outstanding for the outside ceremony, when Julien finally got to see Mallory come down the stairs after waiting all day.  Turf catering provided a splendid buffet of kentucky cooking, while the guests danced the night away at the track.

Scott Hayes, Lexington Kentucky Wedding Videographer,  is an award-winning editor, and cinematographer based out of Lexington, Kentucky producing both local and destination weddings films.   Scott has a background in wedding videography and photography, and can produce beautiful, creative, cinematic wedding films for you. Scott can produce wedding videos and wedding films for Kentucky, Ohio, Tennessee, Illinois, Indiana, North Carolina, South Carolina, Georgia, Florida, and any of the fifty United States. He lovse traveling and destination weddings. Scott will happily document your love story whether it’s an elopement in the Rocky Mountains, a countryside wedding in Europe, or a a sea-side wedding in Hawaii…no place is too far!