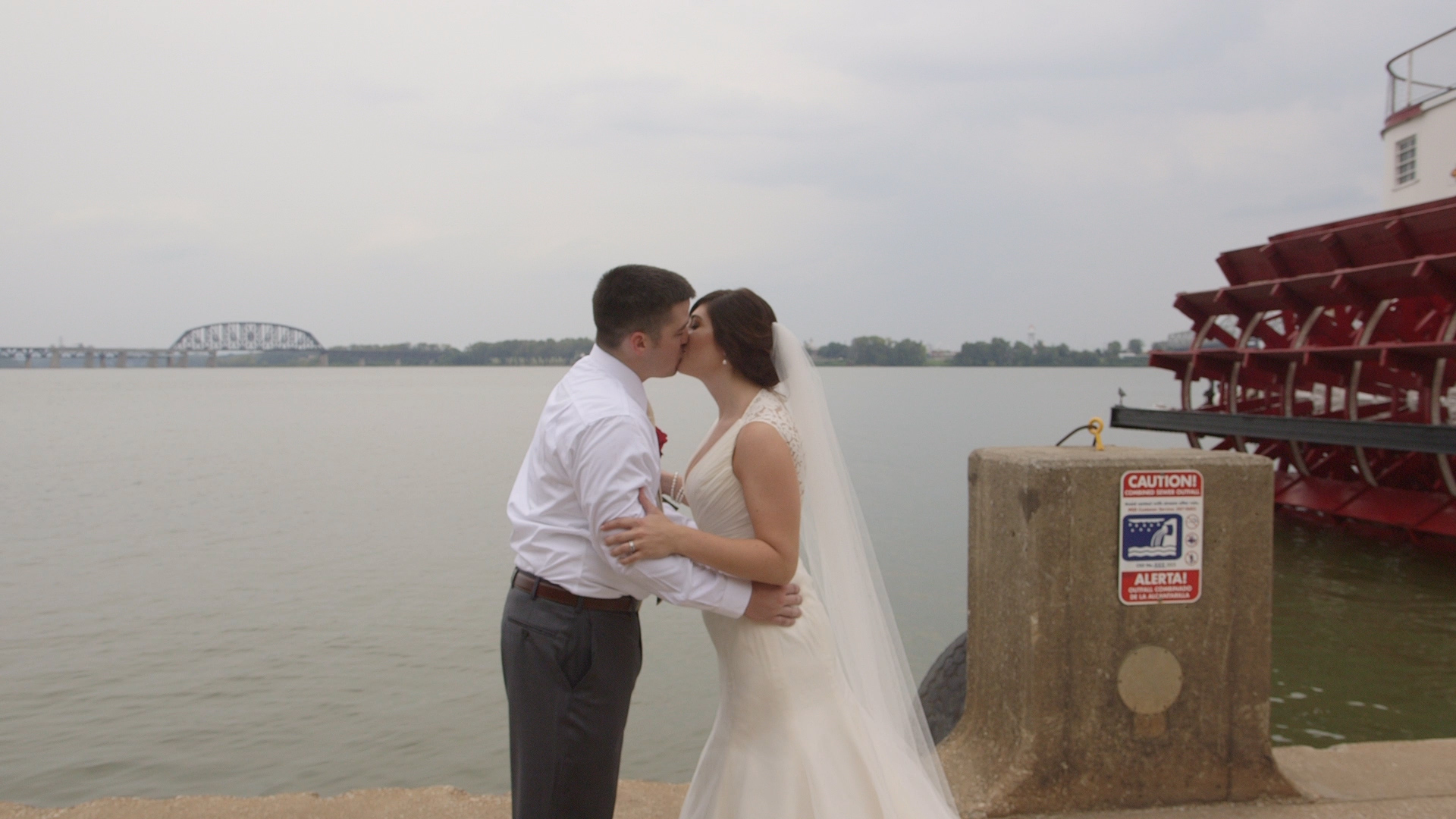 “Brandon was drawn to Sally from the getgo.” They met at Molly Malone’s Irish Pub in Louisville, and have been together ever since. I got a phone call from Sally only eight weeks prior to her wedding, and we hit off immediately, and I was very much looking forward to shooting her wedding.

Sally had great venues, and great vendors! I don’t make it to Louisville, as often as I’d like, so I was excited to get started at the Galt House, right down at the waterfront. With a smaller wedding party, hair and makeup were done rather quickly, so it was easy to focus on Sally’s preparations for getting into her dress. Sally is the definition of calm, cool and collected. Once hair and makeup were completed, the dress was on, and it was dad’s first look at his beautiful daughter on her wedding day.

Across town, Brandon was getting ready at his parent’s house. Once done, we decided the waterfront would be a great place to do their first look. It was a very exciting moment for their parent’s and the bridal party. We loaded up on the trolley and headed down to Molly’s to celebrate the famous meeting place. While the gang was having fun at the bar, I decided to peel off and head over to The Pointe, to start shooting some reception details, then make my way over to St. Joseph Catholic Church to prepare for the ceremony.

The church as beautiful! Guests started to arrive shortly after I got my shots, and soon the ceremony was underway. Sally and Brandon had great readings from family members, and little more than an hour later were pronounced husband and wife!

The Pointe was gorgeous! Decorations matched the colors of the bridal party, and the band, Kudmani, brought down the house all night! Everyone had a great time, and congratulated the newlyweds as they left under the glow of sparklers.

Scott Hayes is an award-winning editor, and cinematographer based out of Lexington, Kentucky producing both local and destination weddings films.   Scott has a background in wedding videography and photography, and can produce beautiful, creative, cinematic wedding films for you. Scott can produce wedding videos and wedding films for Kentucky, Ohio, Tennessee, Illinois, Indiana, North Carolina, South Carolina, Georgia, Florida, and any of the fifty United States. He lovse traveling and destination weddings. Scott will happily document your love story whether it’s an elopement in the Rocky Mountains, a countryside wedding in Europe, or a a sea-side wedding in Hawaii…no place is too far!